Based on the "Parser Library" category.
Alternatively, view Sprache alternatives based on common mentions on social networks and blogs.

Your projects are multi-language. So is SonarQube analysis. Find Bugs, Vulnerabilities, Security Hotspots, and Code Smells so you can release quality code every time. Get started analyzing your projects today for free.
Promo www.sonarqube.org

Do you think we are missing an alternative of Sprache or a related project?

Sprache is a simple, lightweight library for constructing parsers directly in C# code.

It doesn't compete with "industrial strength" language workbenches - it fits somewhere in between regular expressions and a full-featured toolset like ANTLR. 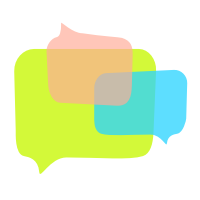 Unlike most parser-building frameworks, you use Sprache directly from your program code, and don't need to set up any build-time code generation tasks. Sprache itself is a single tiny assembly.

A simple parser might parse a sequence of characters:

Sprache provides a number of built-in functions that can make bigger parsers from smaller ones, often callable via Linq query comprehensions:

The best place to start is this introductory article.

Examples included with the source demonstrate:

Parser combinators are covered extensively on the web. The original paper describing the monadic implementation by Graham Hutton and Eric Meijer is very readable. Sprache was originally written by Nicholas Blumhardt and grew out of some exercises in Hutton's Haskell book.

The implementation of Sprache draws on ideas from: